Abruzzo or Abruzzi? Abruzzy or Abruzzos? Which is the right name?

Abruzzo or Abruzzi? Abruzzy or Abruzzos? Why are there so many names? We feel the same way! So we conducted some research…

As you may know words tend to get a bit mixed up when they’re anglicised, like the ‘i’ at the end of word like ‘zucchini’ (it’s plural) when it should be ‘zucchine’ (singlular) and don’t even get me started on the usage of ‘panini,’ which is also plural in Italian not singular, and plainly means sandwiches, and nothing fancy! But alas, Italian language and grammar can be complicated even for Italians!

What is the difference between Abruzzo and Abruzzi?

English speakers do have a fondness for the ‘i’ at the end of Italian words, maybe because it’s easier to pronounce? So maybe it’s a similar situation with Abruzzi? Or Maybe because their Italian ancestors who emigrated from Abruzzo to the USA changed the pronunciation to this? Let’s go deeper…

Then we heard of Abruzzos and Abruzzy! Where could these have come from? Even we were baffled and couldn’t get to the bottom of it! Typos maybe? The first sounds like a Mexican breakfast burrito and the latter a ‘Seen on TV’ grooming brush for out-of-control hair, or maybe a weed remover tool?!

Even a double ‘B’, where does that come from? There might be a reason behind it… 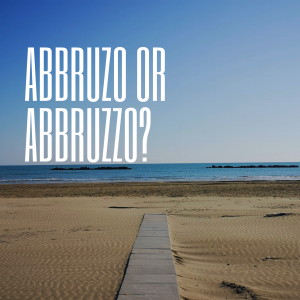 Here is a little video for you, asking locals to pronounce the name of our region.

As you might have heard, many local add a ‘b’. Although this isn’t grammatically correct, Abruzzesi like to enhance words and double consonants (i.e Abbruzzo, Robberto, cuggino).

I’ll tell you a funny story that made a national scandal. In Italy we have national health and they state the logo and name of the region you’re resident. Strange but it happened, in 2012 the government issued new health cards with the name ‘Abbruzzo’ on it, adding the double b that is totally wrong. Also, pronouncing and writing it without the double Z is wrong.

Ok, I know, this is getting a bit confusing at this point. Let’s tidy up the mess with naming this Italian region!

The exact name for our region in Italy is indeed, ABRUZZO. But if you’re in our region, we would appreciate you pronouncing our region with a double b.

History of the Names Abruzzo and Abruzzi

The history of the names Abruzzo and Abruzzi, goes a long way back and the meaning of the name are still uncertain and several interpretations exist.

The most plausible is that the name Abruzzo comes in the Latin form ‘Aprutium-Aprutio’ as early as the early Middle Ages. This name was given by the pre-italic tribes called Praetutii (Pretuzi in Italian) that were living in the north part of Abruzzo.  It is believed that the word ‘Aprutium’ comes from a combination of the name of the tribe and the name of their capital, Interamnia, today’s TERAMO. 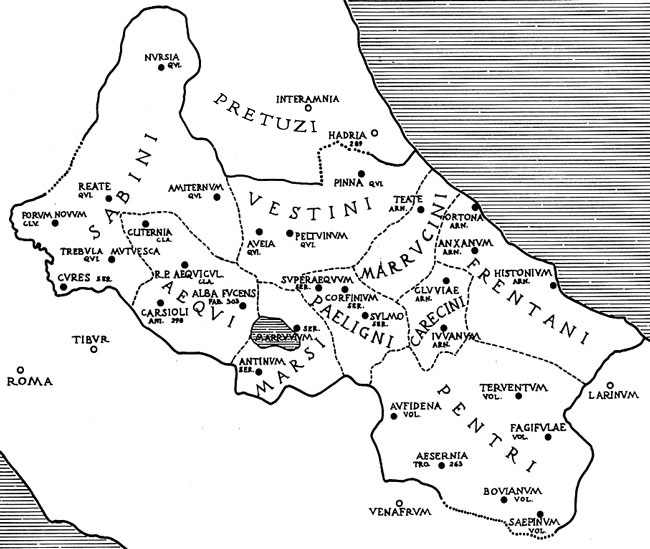 As a result, it is fair to believe that Abruzzo gets its name from the Praetutii Sabellian community who settled in the current north part of Abruzzo, today’s Teramo.

Not many people know that Molise is the most recently established Italian region, created in 1963. Many Italians still think Molise doesn’t exist and this has inspired people on social media as a way to promote the hidden beauties of the region.

To recap, Molise and Abruzzo were under the same region before 1963.A presto, (hope to see you soon)

Di Cato Winery in Vittorito – Natural Wines of Abruzzo Previous Article Cataldi Madonna Winery Ofena – Genuine Wineries l’Aquila Next Article
We use cookies on our website to give you the most relevant experience by remembering your preferences and repeat visits. By clicking “Accept”, you consent to the use of ALL the cookies. However you may visit Cookie Settings to provide a controlled consent.
Cookie settingsACCEPT
Manage consent